A quarter of a century after it first won Business Traveller’s award for Best Airport in the World in 1988, Changi Airport has once again been named the world’s best by readers of the leading travel publication.  This 25th consecutive nod is unprecedented in the magazine’s awards history.

Launched in 1984, the Business Traveller awards are an annual celebration of travel companies that have made a difference to the lives of travellers from the United Kingdom and Europe.  The results are determined by votes from readers and authenticated by an independent auditing company.  Other winners this year include Singapore Airlines and The Fullerton Bay Hotel Singapore.

Leading the praise for Changi Airport’s unparalleled achievement was Mr Julian Gregory, Managing Director, Panacea Publishing, publisher of Business Traveller.  He said, “I would like to congratulate Singapore Changi Airport on being voted ‘Best Airport in the World’ for the 25th time by the readers of the UK edition of Business Traveller magazine”.

“Continued investment, innovation and consistency of service against the backdrop of the many unique propositions that exist in Changi Airport have created an environment with a sense of calm efficiency – a place where our readers can work or relax without the stresses and distractions that impact travellers so much today,” he added.

Changi Airport’s award was accepted by Mr Lee Seow Hiang, Chief Executive Officer, Changi Airport Group, at the awards ceremony in London yesterday.  He said, “This is a great milestone for Changi Airport and we are truly honoured to receive this accolade.  In our short history of 31 years, winning this award for 25 consecutive times is strong recognition of the culture of service, quality and innovation that has been established in Changi Airport over the years.

“This award is also testament to the hard work and significant contribution of the 28,000-strong Changi Airport community.  They represent not just Changi Airport Group but also our airport partners, who are a very important part of Changi’s fabric.  Their commitment to providing the best airport experience, whether for business travellers or holiday-goers, has made this award possible.”

Mr Lee added, “Changi Airport opened in 1981 without an explicit intent to be the world’s best.  What we did was to focus on the passengers we served and through the years, invested to develop an offering that resonates with the needs of our passengers and visitors.  To stay ahead, we introduced practical and innovative facilities, and infused the Changi Service DNA -- personalised, stress-free and positively surprising – in the overall airport experience.  This philosophy of providing a first-class Changi Experience will continue to be the backbone of our success.”

Passengers at Changi Airport are pampered with a wide-range of facilities including themed gardens, movie theatres, rooftop swimming pool, gym and spa facilities and hundreds of shopping and dining options.  The world’s most awarded airport, Changi has received 18 accolades since the beginning of the year.  This brings to 410 the total number of awards it has won in its history. 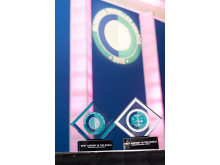 "Best Airport in the Worl...

A quarter of a century after it first won Business Traveller’s award for Best Airport in the World in 1988, Changi Airport has once again... 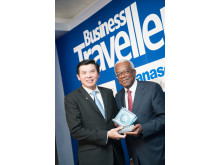