Located at vantage points across the terminal, the collection encapsulates the vibrant, fun and positively surprising theme of T4 and will be appreciated by passengers looking for more in an airport. Passengers will delight in an array of traditional art forms, such as sculptures, as well as kinetic and multimedia installations that provide a colourful and enriching interlude from the hustle and bustle of travel.

At the heart of T4 is a grand-scale kinetic sculpture, Petalclouds, spanning 200 metres of the Central Galleria, which separates the public and transit areas. Petalclouds, visible from almost everywhere in the terminal, will leave one mesmerised as it moves gracefully to classical music specially composed by BAFTA award-winning composer, Ólafur Arnalds.

This unique kinetic sculpture combines art and technology to create a harmonic, collective choreography of six identical "petal clouds" resulting in a fascinating and continuous interplay of form, animated light and reflections. The sculpture depicts clouds moving slowly through the horizon. The design of its basic element – a symmetrical petal shape inspired by orchid petals – is found throughout the architecture and interior design of the terminal.

For the first time at Changi Airport, T4 presents an opportunity to permanently showcase Singapore's local culture and flavour to international passengers. The Heritage Zone in the transit area gives a glimpse into the evolution of shophouse architecture from the 1880s to the 1950s, including the rich and colourful Peranakan heritage often seen in the likes of the Katong and Chinatown areas.

Passengers will also enjoy a special performance displayed on the Peranakan façade. A 10m x 6m LED screen transforms two shophouse bays into a digital theatre stage, to present a six-minute cultural mini-theatre show, Peranakan Love Story. The non-conversational musical is about an unlikely romance between two passionate musician-neighbours living next to each other, set in 1930s Singapore. A collaboration with renowned Singaporean composer and artiste Dick Lee, the show also features other local talents including Adrian Pang, Koh Chieng Mun, Amy Cheng and Benjamin Kheng.

Besides sights and sounds, the Heritage Zone completes the multi-sensory experience of local culture through taste and smell with the integration of retail and F&B outlets housing local brands like Bee Cheng Hiang, Bengawan Solo, Curry Times, Eu Yan Sang, and Heavenly Wang.

In addition to Peranakan Love Story, passengers will also enjoy an immersive experience at the least expected location – the centralised security screening area just past immigration. The 70m x 5m Immersive Wall showcases compelling imagery on Singapore's skyline, ASEAN landmarks, as well as a whimsical animated clip on suitcases being screened before flight. In all, 50 minutes of high-definition content have been produced.

T4 is home to three physical art sculptures, all depicting a common theme of travel or aviation. Local sculptor and Cultural Medallion winner, Chong Fah Cheong, created Hey Ah Chek!, installed at the Departure Check-in Hall, depicting a mother and her son hailing a trishaw ride after a typical visit to the market. Hands full with their baskets of fresh produce; it evokes the nostalgia of the way of life in the 1950s.

Inspired by a transit experience in New York and later at Changi Airport, Kurt Metzler (Switzerland) captured the feelings of excitement and energy he felt with his family through Changi Airport in his sculpture Travelling Family. Located in the Departure Transit area, the set of sculptures is reminiscent of a scenario in an airport – a mixture of passengers and their children, all ready to embark on their next adventure.

Finally, catch Les Oiseaux (The Birds) by French artist, Cedric Le Borgne. Three bird sculptures, each with a different attitude, greet passengers in the Arrival and Departure Halls. Le Borgne's larger than life birds are 3D-wire luminous characters that metaphorically represent the different emotions one would feel at an airport.

Ms Poh Li San, Changi Airport Group's Vice President, T4 Programme Management Office, said, “With T4, we have sought to create an enjoyable and memorable travel experience for our passengers, from the facilities and services, to the environment and the visual elements within -- especially in locations with higher footfall and longer dwell times. The collection of art and entertainment formats in T4 was commissioned to be accessible to people of all ages and backgrounds, and it is a diverse blend of mediums, sizes and imagery that etches an inspiring first and last impression of their journey through T4.

“Each piece was conceptualised and designed with careful consideration as to how it would enhance the terminal‟s design and architecture, weaving in a narrative that converges art and travel. We hope our passengers will enjoy the collection as much as we did putting it together.” 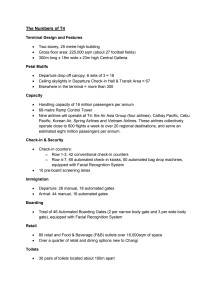 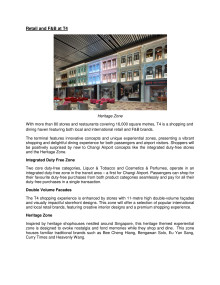 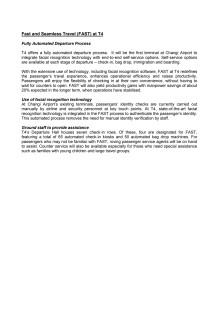 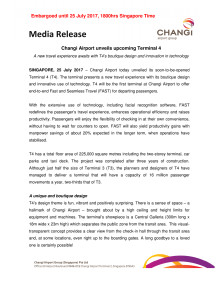 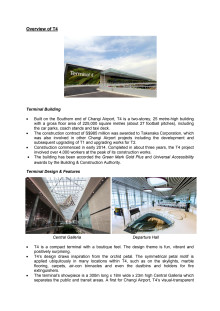 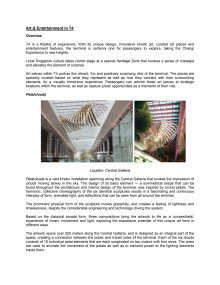